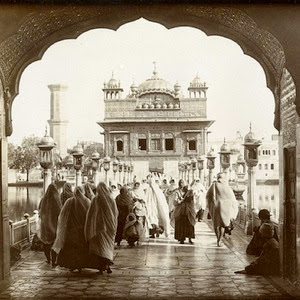 In 1917, while studying at the Central Library in Kensington, London, to make a thorough inventory of Richard Francis Burton's writings, the independent scholar Norman Mosley Penzer stumbled across a strange and haunting collection of stories. It was eleventh-century Indian literature known as the Katha Sarit Sagara, or the Ocean of Story, written around 1070 by Somadeva, the court poet for Kashmir. It was translated from the Sanskrit into English by Charles Henry Tawney (1837-1922) – a linguist of Sanskrit, Hindi, Urdu, and Persian who had studied at Cambridge and gone to India in 1865 – and printed by the Asiatic Society of Bengal in a small series called Bibliotheca Indica (1880-1884).

Penzer would go on to release his own annotated reprint of Tawney's work in the 1920s. The story of his effort is documented in the book itself, in contemporary reviews, and in his preserved personal correspondence.

The Ocean of Story is a large collection of spiritual allegories involving divine agents and magic. It encompasses everything between birth and death, including romance, trickery, swift horses, menacing lions, and the pursuit of enlightenment. As the Morning Post wrote on Aug. 10, 1926, "it is of the same order as the Arabian Nights, the Decameron, and the Canterbury Tales, stories strung together like a necklace of beads, a convention beloved by the Middle Ages..." Of particular interest to the European audience was the myth of the "poison-damsel," that is, women with poisonous blood sent to assassinate enemies.

Penzer recognized that the passage he encountered "must belong to a work of the highest importance...I felt instinctively that this odd part of an unknown Indian work was to be of the utmost importance to me personally," even though "I could lay no claim whatever to Oriental scholarship." He temporarily switched his research focus away from Burton to learn more about the Ocean of Story.

Penzer first wrote to Tawney on July 26, 1919 to pitch the idea of a multi-volume reprint of his translation that would be enhanced by some updated notes on history and context. Tawney responded immediately with encouragement, but made clear – in letters on July 28 and Aug. 4 – that, at age 81, facing eviction from his house, he would not be able to participate intellectually or financially. His only advice was that Penzer use a horizontal line over a vowel to indicate its "long" nature in Sanskrit, rather than the "acute accent" mark that Tawney regretted using in his earlier work. "I shall always retain a feeling that you have paid me an undeserved compliment," he closed.

It took some effort for Penzer to find a willing publisher. This he found in the proprietor of Chas. J. Sawyer books in London (a business that operated from 1894 until 2012). In his "Retrospect" in Vol. IX, Penzer recalled Sawyer as saying that, although he had never before heard of the Ocean of Story, he sensed it to be "an unknown masterpiece" that he would be pleased to back financially.

The work was sold on a subscription basis; its ten volumes were released serially. The publisher asked 18 guineas up front for the full set, although it seems that the asking price dropped over time. The advertising brochure said that "each volume consists of approximately 350 pages…The binding is black buckram, with gold medallions on the front cover and back, with a gold ribbon marker and top edges gilt," and that it would look pleasing alongside Burton's translation of the Arabian Nights. The print run was limited to 1500 sets.

In 1923, Penzer published his Annotated Bibliography of Sir Richard Francis Burton. In his entry for Burton's adaptation of "Vikram and the Vampire," he found reason to insert an extended mention of the Ocean of Story, although it was generally otherwise unrelated to Burton's work.

The next year, in 1924, the first volume of the new Ocean of Story was released. Tawney did not live to see it.

When Grierson wrote to Penzer on Aug. 6, 1924 expressing his interest in writing a foreword for the second volume, he explained that he would require three weeks to complete the task due to his poor eyesight. The same affliction plagued other elderly scholars. Bloomfield was originally invited to write his foreword for the sixth volume, but he wrote to Penzer on June 4, 1926 explaining that he could no longer read small print, "and with that taboo goes a glimmering of anything like investigation." Agreeing to a postponement, he mailed his completed foreword to Penzer on Oct. 31, 1926, and it was included in the seventh volume.

The collection received a great deal of attention in the popular newspapers and the literary press. The Times Literary Supplement gushed on Aug. 14, 1924:  "Of Mr Penzer's notes and appendices, no praise can be excessive." The same publication later reviewed Volumes II and III under the headline "The Hindu Nights," drawing a comparison with the better-known Arabian Nights. The Liverpool Post wrote on Jan. 16, 1927 that Tawney "never indulges in cheap Orientalism, nor does he try to Westernise these stories...His language...translates us into another world."

Halliday came to Penzer's attention when he reviewed Volumes I and II of the Ocean of Story for the journal Folk-Lore, particularly as his reviews chiefly complained of factual inaccuracies. Halliday's review of Volume III was rather more complimentary, accompanied by the disclaimer that "I feel that I owe Mr. Penzer amends, particularly as he has heaped coals of fire upon my head by allowing me to write a Foreword to volume VIII."

At the end of the ninth volume, Penzer wrote a "Terminal Essay" in which he extended appreciation to the others involved in his project. "My idea of inviting a different scholar to write a Foreword to each volume has proved a great success, and my work is now enriched by nine excellent Essays, each dealing with the great collection from a different angle," he wrote.

In October 1924, the Journal of the Royal Asiatic Society attempted a brief list of examples of the contents of the Ocean of Story:  "...deisul or circunambulation, the chastity index motif, the external soul motif, the Garuda Bird, the Paisachi language, the Ghandharva form of marriage, communicating by signs, the entrapped suitor motif, and the magical articles motif." The Spectator explained on Nov. 20, 1926 that "there had been a great intermixture of cultures by the time of Somadeva. There are tales which are obviously derived from the pre-Aryan civilisation of India; there are Greek, Mongolian, and Arabic influences."

"Mr. Penzer's wide knowledge of the literary sources," said the Manchester Guardian on Aug. 19, 1926, "has enabled him to quote a larger number of analogous tales from other countries, and his references range from Ancient Egypt to the Norse; but he has not yet had an opportunity to grapple thoroughly with the problem."

After Tawney's death, Penzer remained in touch with his family members. On Jan. 5, 1928, Penzer received a letter from one of Tawney's children in King's Pride, Camberley: "I got your very kind letter this morning and I liked so very much what you said about Father and thank you very much for thinking it and saying it...One of his last regrets was his book had not been appreciated...but as you say perhaps he does know."

On the back of a postcard with one penny of pre-printed postage, Penzer wrote: "Finished the 'Ocean of Story' on Saturday, Jan. 21st 1928 at 9.52 A.M."  He kept the postcard. The tenth and final volume containing the index was published that February.

Penzer died in 1960. At some point, his personal correspondence and newspaper clippings related to the Ocean of Story came into the possession of Chas. J. Sawyer Booksellers. On Mar. 27, 1972, Sawyer sold the collection of "Orientalia Penzer, Miscellanea relating to Ocean of Story" for 50 pounds to a private collector in the United States. This was Morris Harold Saffron, a physician with a historical interest in medieval medicine, whose English translation of the work of the twelfth-century Maurus of Salerno had just been published two months previously. Saffron had studied at Columbia University in New York City, and today the Penzer miscellanea are under the curation of Columbia's Rare Book and Manuscript Library.

Posted by Tucker Lieberman at 8:31 AM