‘A Whale of a Fur Piece’: A collocation of famous first sentences 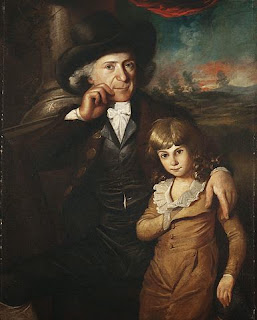 In the sea, once upon a time, O my Best Beloved, there was a Whale, and he ate fishes. I warn you that what you're starting to read is full of loose ends and unanswered questions. Who is John Galt?

Gustave Aschenbach – or von Aschenbach, as he had been known officially since his fiftieth birthday – had set out alone from his house in Prince Regent Street, Munich, for an extended walk. "The time has now come for me to hear a step in the passage," said Bernard to himself.

The Time Traveller (for so it will be convenient to speak of him) was expounding a recondite matter to us. Mr. and Mrs. Dursley, of number four, Privet Drive, were proud to say that they were perfectly normal, thank you very much. Someone must have been telling lies about Joseph K., for without having done anything wrong he was arrested one fine morning. The idea of eternal return is a mysterious one, and Nietzsche has often perplexed other philosophers with it: to think that everything recurs as we once experienced it, and that the recurrence itself recurs ad infinitum!

Two households, both alike in dignity, in fair Verona, where we lay our scene, from ancient grudge break to new mutiny, where civil blood makes civil hands unclean. I am extremely concerned, my dearest friend, for the disturbance that have happened in your family. Dear Bosie, – After long and fruitless waiting I have determined to write to you myself, as much for your sake as for mine, as I would not like to think that I had passed through two long years of imprisonment without ever having received a single line from you, or any news or message even, except such as gave me pain.

I went down yesterday to the Piraeus with Glaucon the son of Ariston, that I might offer up my prayers to the goddess; and also because I wanted to see in what manner they would celebrate the festival, which was a new thing. It was four o'clock when the ceremony was over and the carriages began to arrive. It was very stuffy and hot where I crouched, and the straw tickled my legs. Sitting beside the road, watching the wagon mount the hill toward her, Lena thinks, "I have come from Alabama: a fur piece. [A far distance.] All the way from Alabama a-walking. A fur piece."

The pastiche above was collated from the first sentences of the following works:

Paragraph 1
"How the Whale Got His Throat," from the Just So Stories by Rudyard Kipling
"Invasion of the Body Snatchers" by Jack Finney
"Atlas Shrugged" by Ayn Rand

Paragraph 3
"The Time Machine" by H. G. Wells
"Harry Potter and the Sorcerer's Stone" by J. K. Rowling
"The Trial" by Franz Kafka
"The Unbearable Lightness of Being" by Milan Kundera

Paragraph 5
"Romeo and Juliet" by William Shakespeare
"Clarissa Harlowe: Or, The History of a Young Lady," Vol. 1, by Samuel Richardson
"De Profundis" by Oscar Wilde

Posted by Tucker Lieberman at 11:01 PM