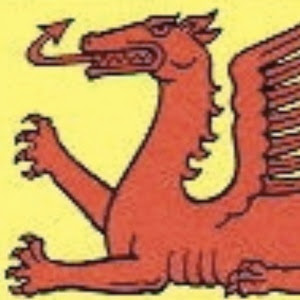 The word "myth" is often used informally as a synonym for a hoax, tall tale, superstition or false belief. As such, myth is generally portrayed as something to be avoided. In contrast, the idea of a myth as a story that gives meaning to life – often expressed by a longer version of the word, "mythology" – is another matter entirely. Some fiction is transformative and redeeming, and it can offer insight into the human condition. Myth is like that.

"The myth is the only true narrative of the reality of human experience," said Alvin Boyd Kuhn in Who Is This King of Glory?. Similarly, Andre Comte-Sponville in The Little Book of Atheist Spirituality said that "faith and reason – mythos and logos – coexist; this is what is known as civilization." Some find these statements over-blown and even counterintuitive. Aren't truth and reality measured by facts, not by fiction? Does faith complement reason in any way, and why would that paradoxical combination constitute what we know as civilization?

Indisputably, facts do have a way of jumping up and biting us. Chris Hedges noted that, while myth is used to justify and interpret war, the theory crumbles in the face of the actual brutality. Paraphrasing Lawrence LeShan's The Psychology of War, Hedges averred: "Most of those who are thrust into combat soon find it impossible to maintain the mythic perception of war. They would not survive if they did."

Even so, while facts are, and always have been, of vital importance, myth has also contributed to human survival and flourishing over the course of millennia. "Before there were statistics, there were myths," said James Gilligan. Chris Baldick wrote in In Frankenstein's Shadow that some scholars have defined myths "by their exclusive anteriority to literate and especially to modern culture"; in other words, myths pre-date writing itself and are often perceived as rightfully belonging to those prehistoric times. (However, Baldick argues that myths are relevant in today's culture, too.) Myths are not facts, but humanity's long history with myth is itself a fact – and the fact of the ongoing human interest in myth suggests that myth plays fundamental roles in human thought.

What are some of these roles? First, myth gives a voice to the unconscious mind. Like dreaming, it allows for thought that is freed from the constraints of logic and self-censorship. If fiction is not mistakenly confused with fact, as occurs with superstition, then it is a positive form of creativity.

Mythic thought is instinctual. To say it is instinctual is not to say that it comes easily to everyone, as some people are more comfortable with this sort of thought than others. Rather, this is another way of saying that it comes from the gut. Those who are not naturally inclined toward listening to their gut or speaking from their gut can certainly make the effort to learn existing myths. Mythology, like poetry, can be studied by anyone; it is a skill that can be acquired, as well as a talent that is inborn in varying degrees in different people.

Myth also plays the important role of interpreting everyday events in a way that transcends time. Many interpretations are historical and journalistic, where one specific event is explained in terms of another. Myth opens up a different voice that connects an individual person in all his or her specificity to an undercurrent of story that flows through the general culture.

To identify myth as stemming from the unconscious or as being detached from history is not to say that myth is chaotic or random. The opposite is true. "Both the artistic and scientific enterprises are the product of our need to reduce dimensions and inflict some order on things," Nassim Nicholas Taleb wrote in The Black Swan. "Myths impart order to the disorder of human perception and the perceived 'chaos of human experience.'"

Recalling a story about a hero who confronts his enemies may, for example, help interpret incidents of obstacles or self-doubt in one's real life. As a person gathers life experience, they often begin to understand dimensions of the myth that they learned as children. The wisdom in the myth runs deep, and this is why many parents choose to teach it to their children who are still too young to fully understand it.

Although a myth may arise from individual insight, once shared, its interpretation of the world can be held in common and can help form culture. Its symbols and archetypes are durable, particularly if they are not punctured by cynicism or disinterest. Its story gives the individual a sense of belonging to a group and of sharing the journey of life, with all its trials and sufferings, with other beings. This is why myths are still relevant in modern life.

Posted by Tucker Lieberman at 8:23 AM