Uta Ranke-Heinemann is a Catholic theologian who, in 1969, became the first woman ever to qualify as a university lecturer in Catholic Theology at the University of Essen in West Germany. She rather immediately lost her chair "for interpreting Mary's Virgin Birth theologically and not biologically," as her biography puts it. Nonetheless, she became chair of the History of Religion at the same university in 1987. The next year, her book "Eunuchen für das Himmelreich" was published in German, and it was translated into English as "Eunuchs for the Kingdom of Heaven" by Peter Heinegg in 1990.

The book argues that the Catholic Church through two millennia has distorted teachings about sexuality to serve a sexist agenda. While the indictment may make some people uncomfortable or angry, the author presents a forceful argument for her position. 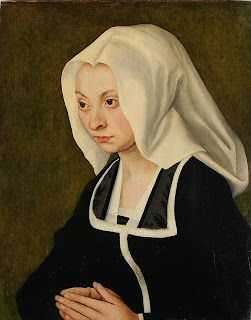 The idea that Mary remained a biological virgin even after giving birth to Jesus - that is, that she had a hymen that was somehow not ruptured during childbirth - derives from the second-century Proto-Gospel of James, she says. A canonical scripture of the Hebrew Bible (the Old Testament) said to prophesy Jesus's birth underwent a third-century mistranslation from Hebrew to Greek that changed "girl" to "virgin". In the late fourth century, Pope Siricius excommunicated people for believing otherwise, including Jovinian and Bishop Bonosus of Sardica. In the 13th century, King Louis IX of France advocated slaughtering any Jews who denied the Virgin Birth. To the present day, the author writes, the Pope insists on the Virgin Birth.

Where Jesus encourages people to become "eunuchs for the kingdom of heaven," as reported in a famous verse in the Gospel of Matthew, it is, she says, "naturally to be understood metaphorically." Origen famously interpreted it literally (and was commended by the head of his diocese, Demetrius, who was surprised but impressed to find out what Origen had done — see Piotr O. Scholz, p. 172). But Ranke-Heinemann has a different interpretation. It is not a recommendation of self-castration, nor even celibacy; rather, in context, it's about "renouncing adultery," including remarriage following divorce. Jesus asks his male disciples to limit themselves to one female partner, and they object to this limitation. Jesus's insistence on the importance of becoming a "eunuch" simply means faithfulness to one woman, not abstinence. "In reality," Ranke-Heinemann says, "all apostles were married." Judaism endorsed marriage and procreation and discouraged lifelong celibacy. Insofar as Jesus is described as obedient to his Jewish parents, he, too, was likely married.

[As an aside — not in Ranke-Heinemann's book, but from my other reading — here I note that at least a couple other Biblical passages have been debated as either condoning or condemning castration. The idea of “emasculation” was often historically used to discuss men who chose celibacy without resorting to physical castration, but clearly it can have a more literal meaning, too. There is the passage about plucking out your eye if it behaves badly. John Cassian, Salvian of Marseilles, and Valerian interpreted this metaphorically, and they specifically condemned castration, but plenty of others understood it to endorse castration to reduce sex drive. There's also the passage stating "there is no more male or female in heaven." (See: Mathew Kuefler, The Manly Eunuch, p. 269) Ringrose says: "there is nothing to suggest that the gender construct for eunuchs can be usefully compared with modern concepts of homosexuality," and she instead suggests that "‘eunuch by nature’ may be a code phrase" for those who are both physically castrated and genuninely attracted to other men (rather than simply because their physical status or social role seems to demand that they express such a sexuality). (See: Kathryn Ringrose, The Perfect Servant, p. 22)]

The Christian reverence for virginity came later, as Christians emulated certain pagan cults that advocated virginity to avoid the accusation from pagans that Christianity was immoral. The Gnostics - a pan-religious school of spiritual thought and belief around the time Christianity was beginning - prized virginity. Because people idealized virginity, and not because there was any real evidence for a Virgin Birth, they decided that Mary must have always been and always remained a virgin.

The theologian Augustine, late in his life, was an anti-sensualist. "Augustine's conversion to Christianity, from love of pleasure to hatred of it, took place by classifying women as stimulants and ignoring them as partners," Ranke-Heinemann explains.

Furthermore, women have been ignored and denied not only as life companions but as spiritual beings. As one example, the Apostle Paul praised a woman named Junia, who was assumed to be a woman throughout the late Middle Ages, at which point Junia magically transformed into a masculine "Junias." Women were forbidden from singing in church, and so high voices were supplied by boys and castrati - thus dramatically affecting the lives of those men, too, who were castrated to fill a need that existed only because women were deemed ineligible to fulfill it.

Ranke-Heinemann also complains about the effects of such theology on women's lives. Over the centuries, in some cases, newlyweds were expected to remain celibate for the first three nights ("Tobias nights"), which she interprets as roughly analogous to God Himself invoking the jus primae noctis (the right of a medieval lord to have sex with his serfs). From the beginning of Christianity, Church leaders opposed abortion, and they developed a doctrine that abortion is impermissible even in the rare case when it would be essential to save the life of the mother, either in pregnancy or during delivery, and even in cases where the fetus will die anyway. Ranke-Heinemann calls this "a classical case of following the letter and not the spirit of a commandment." She also cites the ritual of "churching" a woman - that is, ritually purifying her after childbirth, until which time she is not permitted to enter the church building - as a potentially embarrassing requirement that continued up to the 1960s.

At times, the Church denied marriage to people with illnesses, disabilities or anything deemed a significant deformity. Since, in the Church's opinion, they oughtn't reproduce, they had no business marrying or having sex, either. Elderly people sometimes faced the same discrimination, as well as any man who lacked functioning testicles (marriage was prohibited to eunuchs from 1587 to 1977).

Ranke-Heinemann eloquently expresses the importance of allowing people to authentically express their sexuality:

"Sexuality is not something that a person simply has along with many other things, but a fundamental way of being in all things, and hence something without which his or her other existential acts and relations cannot actually be thought and realized."

Restrictions on sexuality also affect the lives of priests. Ranke-Heinemann also points out that, for a long time, priests were not required to be celibate. Pope Siricius complained in 385 that ordained priests should stop sleeping with their wives. Since 1139, priests have been barred from marrying at all. Priests themselves do not necessarily like this requirement. Ranke-Heinemann cites a poll of candidates for the priesthood in 1976 in which a majority felt that the celibacy requirement should be eliminated or at least re-examined. Priestly, celibacy requirements have undoubtedly doomed many relationships; she goes into detail about just one, the medieval couple Abelard and Heloise.

The author calls sex discrimination in the Catholic Church "apartheid" and delivers the strident comment that "the claim that Christianity meant liberation for women is as false as it is long-lived." She says that Vatican II was "wrongly described as a step forward in sexual morality" and identifies the "true danger" as the phenomenon that

"married people are slowly turning their backs on the celibate monastic church because they are sick and tired of such nonsensical, incompetent, patronizing treatment, and would like to have sex for motives that obviously transcend the imagination of clerical celibates."

The Church's problem, she says, is a "pleasure-hating celibate contempt for marriage and a maniacal cult of virginity."

Whether you agree or disagree with Uta Ranke-Heinemann's interpretations of Biblical and Church history - or whether you reserve judgment, perhaps because you are not Catholic and prefer to leave it as an internal Catholic matter - this book provides an important viewpoint that deserves to be heard. The author is a scholarly expert, having devoted her life to studying this subject matter; she appears to be motivated by improving life for Catholic women; and she paid a personal price for speaking her truth to power.

Posted by Tucker Lieberman at 9:10 AM