Virginia Woolf's first novel, "The Voyage Out," is one of her lesser-known books but it introduces some of her key ideas about gender and religion. This article was originally posted to Helium Network on May 30, 2012. 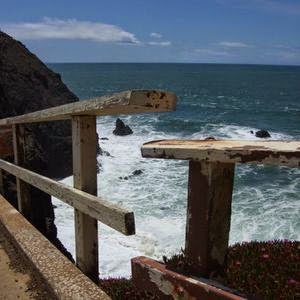 Virginia Woolf's first novel, "The Voyage Out," is one of her lesser-known books but it introduces some of her key ideas about gender and religion as well as the character Mrs. Dalloway who reappears in a later work. It was published in 1915 in England and in 1920 in the United States.

The novel follows Rachel Vinrace, a young woman who innately resists the polite society of her white, upper-middle-class English background but isn't yet quite sure how to assert herself or what sort of relationships to form. She lives more in her head than her heart. Emotionally she is a bit numb and she sees entanglement with others as a liability. Her new social crowd leads her to believe she is poorly educated, too, so she tries her best to catch up on her reading. The story is not primarily driven by action, as for many pages the characters are stuck on a boat and mostly sit around and talk, but rather by their charged banter.

Men pose infuriating comments such as, "no woman has what I may call the political instinct," "you've no respect for facts, Rachel; you're essentially feminine," and "have you got a mind, or are you like the rest of your sex?" Sometimes this is in the context of discussing women's suffrage, a contemporary British issue (women did not yet have the right to vote when Woolf wrote the novel), and sometimes these comments are made for no apparent reason.

Rachel is only occasionally annoyed. She largely absorbs this kind of sexism, making assumptions about other women such as: "she would be vacillating, emotional, and when you said something to her it would make no more lasting impression than the stroke of a stick upon water. There was nothing to take hold of in girls - nothing hard, permanent, satisfactory."

Rachel has a love affair of sorts with an aspiring novelist named Terence Hewet. His soliloquies begin with lines like "You're not beautiful, but I like your face" and go downhill from there. It is in both of their natures to be argumentative and brooding. In their chaste relationship they frequently fall silent. Somehow she consents to marry him and seems moderately convinced that she is happy in the engagement.

Terence claims to be penning a book on silence, especially on what people are really thinking when they refrain from voicing their feelings to each other. Every time silence is mentioned in the book, it therefore carries special weight. The pair furthermore entertain the notion that people can perceive each other's true natures just by staring. Terence defends his interest in writing by averring that "one doesn't want to be things; one wants merely to be allowed to see them."

When their engagement disintegrates as quickly and mysteriously as it had arisen, they stare at their mirrored reflections in a poignant moment: "But it chilled them to see themselves in the glass, for instead of being vast and indivisible they were really very small and separate, the size of the glass leaving a large space for the reflection of other things."

An example of this visual contemplation is provided by another young woman who worries she is failing to gain Rachel's friendship: "Falling silent she looked at her visitor [Rachel], her shoes, her stockings, the combs in her hair, all the details of her dress in short, as though by seizing every detail she might get closer to the life within." Later in the book, Rachel outright refuses to go to tea at another woman's house, vowing that "I'd rather have my right hand sawn in pieces – just imagine! the eyes of all those women!" Her ex-beau Terence reassures her: "Who wants to look at you?"

Atheism is also a recurring theme. One extended passage describes Rachel perceiving a church service in a new light and finding herself in "acute discomfort" as though "forced to sit through an unsatisfactory piece of music badly played." The problem is that "all round her were people pretending to feel what they did not feel, while somewhere above her floated the idea which they could none of them grasp, which they pretended to grasp," and this sheeplike herd (which Woolf describes as "baaing") listens to the preacher "saying things which misrepresented the idea" at which they grasp.

Rachel's attempt to interpret the emotion of one devotee in the church pew simply by staring at her face results in her conclusion that the woman is "slavishly acquiescente, she was adoring ...something shallow and smug, clinging to it ... She was a limpet, with the sensitive side of her stuck to a rock, for ever dead to the rush of fresh and beautiful things past her." At this moment, Rachel consciously rejects the Christian belief of her childhood, although this doesn't noticeably affect her thoughts or behavior.

One line about a woman who had committed suicide is particularly eerie. "Why do people kill themselves? Why do the lower orders do any of the things they do do? Nobody knows. They sat in silence." The author drowned herself in 1941. This resulted in all her work entering the public domain in 2012 in Great Britain, where copyright law covers work for 70 years following an author's death.

Although "The Voyage Out" cannot be described as a gripping tale, it provides insight into a certain social class in a certain era. It illuminates Virginia Woolf's perspective as an author and be used to interpret some of her later works.

Photo of fence at ocean edge taken in San Francisco by Tucker Lieberman.

Posted by Tucker Lieberman at 10:50 PM