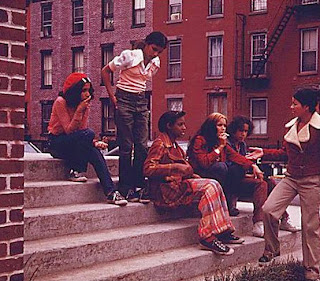 A society may be bound together by many things, and these bonds may be loose and imperfect. "Absolute truths" do not exist, yet societies do exist.

Shared moral and civic beliefs are important for cultivating a cultural identity, and yet functional societies tolerate a wide range of dissent. For example, the use of the death penalty against convicted murderers has, for decades, been supported by two-thirds of Americans, while the remaining third opposes the death penalty on principle. The existence of American society is not threatened by this disagreement. Many would argue that American culture is strengthened, rather than diminished, by permitting an ongoing, open debate, given that real people continue to harbor real disagreement.

Furthermore, while there are certain attitudes and assumptions that might be called quintessentially American – famously, a resistance to government interference with speech and with religion, as guaranteed by the First Amendment to the nation's Constitution – this does not entail that an American person who holds a different belief is less American than their neighbors. If they can be coherently called less American, that would be true only according to someone's subjective impression; there is no quantifiable checklist about what makes an American.

With all of these caveats, is it even possible to distinguish what is culturally American from what is not? Of course it is. In a practical sense, it is done all the time. But it is important to recognize that these assessments are made by people who, unable to completely free themselves from their own biases, analyze the patterns of large groups of people who are themselves fallible and who change over time. One can suggest working definitions of cultural truths, but those definitions are not "absolute" by any definition. There is no way to perceive or articulate these truths free from bias; they don't apply equally and universally to everyone within the group; they aren't consistently enforced; they haven't always been true in the past, and they won't always be true in the future.

"Absolute truths," if they exist, would be true independently of all vantage points and philosophical systems. Perhaps there are such truths, but no one can verify whether they exist, much less comprehend what they are. This is because each person has limited perceptions of the world, complemented by biased interpretations of what they have perceived, followed by faulty memories of what they have interpreted. Finally, a person communicates their knowledge – already of dubious quality – in ways that leave others vulnerable to a new round of misperceptions, wrong analysis, and forgetfulness.

This is not to say that humans know nothing, nor that our knowledge is worthless. To the contrary: our unique perceptions, creative interpretations, selective memories, and beautiful communication give salt to the meal. Truth would not be meaningful or valuable to us without these personal and social signatures. It is impossible to verify whether anything carries the weight of "truth" independently of the parts of ourselves we have brought into it – nor would we want to. Thus many people find the very idea of absolute truth unappealing.

Organized societies clearly can, and do, exist without foundations that transcend them in space and time. For example, sports leagues exist as "societies" that play by their own rules. These rules were invented by humans with the intention that they would be applied to one particular club for as long as that club wishes to obey them, and no one claims they are "absolute truths" in the sense of being God-derived or being logical necessities. The rules must be widely agreed upon, shared in a somewhat transparent manner, and enforced to some degree. Any exceptions must be reasoned, not arbitrary. Otherwise, there is chaos on the sports field. Sports rules are important, but they are not absolute; they are relative to each league. One ought not say "absolute" when one means "important."

The legal and moral needs of an entire human society are surely more intricate than the regulatory needs of a sports club. A society must concern itself with the serious matter of the biological survival of its members, their lifelong education, their contribution as workers, and the broad range of virtues they must cultivate. Many people believe that these endeavors are effective only if they rest on a common, enduring foundation. Perhaps this is true. However, to restate the original point, just because a foundation is shared by a large number of members of the society and just because it lasts for a long time does not mean it is "absolute." It might be popular, long-lived...and still relative.

This article was originally posted to Helium Network on July 12, 2006.

Posted by Tucker Lieberman at 11:09 PM