The flaws in the 'New Cosmological Argument'

Richard M. Gale and Alexander R. Pruss’s paper “A New Cosmological Argument,” published in Cambridge University’s Religious Studies journal in 1999, sought to prove the existence of God. It failed to seal the lid on this question. 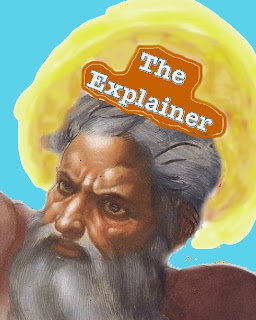 The principle of sufficient reason

This new cosmological argument hangs on the Principle of Sufficient Reason. A “strong” version of this principle (S-PSR) holds that every proposition (meaning everything there is) has an explanation. Many are disinclined to make this assumption, so the authors propose a supposedly more palatable “weak” version. The Weak Principle of Sufficient Reason (W-PSR) insists on the mere possibility of any given proposition having an explanation. If a particular fact is found not to have an explanation in this world (the “actual world”), one is only bound to acknowledge that there is some “possible world” out there in which the same fact has an explanation.

Gale and Pruss write that atheists would be “unreasonable” not to grant this allegedly “weak” hypothesis. They are wrong. The hypothesis is imperialist in its scope, and many of its bones can be picked. To list a few of them briefly: the world is probably not equivalent with descriptions of it, facts change over time, and some propositions are probabilities, not certainties. What, for that matter, does it even mean for a proposition to have an “explanation”? Must an explanation be a scientific cause, or can it be a subjective interpretation, as when someone “explains” a poem?

Let the reader temporarily accept, nonetheless – for the sake of argument – W-PSR. This is not because the reader should be bullied into fearing oneself an unreasonable atheist for failing to swallow this hypothesis, but because it needs to be provisionally accepted before the reader can turn the page.

The next concept the reader must accept is the distinction between “necessary” and “contingent” facts. This is a standard concept in philosophy. Some people find it intuitive, while others believe it is an invalid distinction. Regardless, understanding what is meant by this concept is essential to understanding Gale and Pruss’s argument.

What kind of proposition needs an explanation?

The rest of the New Cosmological Argument uses the working definition of “p” as “the actual world’s Big Conjunctive Contingent Fact.” The authors believe they have proved that it’s at least possible that the whole world, in all its specificity, has an explanation. But the modus ponens was invalid.

The authors warned the readers they’d be “unreasonable” not to accept W-PSR, the allegedly “weak” version of the Principle of Sufficient Reason. This formulation turns out to be quite strong indeed, with all sorts of strange side effects.

W-PSR implies that at least one necessary fact provides explanatory power for what makes each world unique. This does not make sense. If only one necessary fact explains all contingent facts – and if the necessary fact’s explanatory power is itself necessary – how can Gale and Pruss account for the differences between possible worlds? (This is a general problem with the distinction between “necessary” and “contingent” facts: it’s not clear how “necessary” facts in the watershed of all possible worlds eventually move downstream and degrade into separate rivers of “contingent” facts.)

Recall that W-PSR was deemed “weak” because it allows that any given fact might not actually have an explanation. With the addition of the idea that the explanation, at first deemed merely possible, is indeed a necessary fact, the authors slide into a position that maintains that the actual world contains an explanation for everything – by definition!

In the discussion following their eighth premise, they say that there must be one single explanation that “explain[s] each and every contingent proposition in this Fact, as well as the Conjunction as a whole.” In other words, the grand concatenated explanation not only covers every little contingent fact separately, but explains why this particular set of contingent facts (numbering roughly, oh, a googolplex or so), and not some different set, holds true.

Toward the end of the paper, Gale and Pruss acknowledge that atheists might accuse W-PSR of assuming the very thing it should be proving. They allege, however, that atheists only do this as a “dogmatic” power-play after they realize they’ve lost this particular argument. Additionally, in describing someone who “consent[s] to a proposition that he does not understand,” they use a normally unprintable seven-letter Yiddish word that rhymes with “duck.” This is unfair. Recall that, in this discussion, the interlocutor provisionally granted the hypothesis only for the sake of argument to see where it would lead, like turning the page of a book. That the argument hangs itself on a fatal typo in Premises 2 and 4 and in an inherent problem with the necessary/contingent distinction is not the result of atheist dogma.

The authors say that W-PSR doesn’t beg the question because “the existence of God is not an immediate consequence of it”; it requires some “deductive powers” to get there. This, too, is unfair. At the beginning of this article, it was shown that there are good reasons for someone to think that W-PSR is expressed unclearly and is not fully understandable as-is. Gale and Pruss’s rules of play threaten insult either way the reader leans: one is deemed Yiddishe derrière for gullibly accepting a premise without fully understanding it and is pronounced “unreasonable” for being skeptical of a new premise that is groomed to look decent on its face.

After the reader complies by provisionally accepting W-PSR but comes to realize its deeper consequences, a third insult is indirectly levied against him: he can no longer claim that W-PSR begs the question, because he lacked the brains (“deductive powers”) to see it immediately. One might retort that this fault should be laid at Gale and Pruss’s feet, since their formulation of W-PSR left loose ends for others to tie, only after which was it clear that W-PSR begs the question. And even if a particular reader is foolish, what does this have to do with proving whether W-PSR eats its own tail?

Given the fatal flaws described at the beginning of this “new cosmological argument,” it is difficult to proceed further with the additional components of the argument, especially as they are also unclear and objectionable. In short, this argument is not a successful proof that God exists and accounts for the world. Onward, skeptics.

Image based on Michelangelo's "Creation of the Sun and Moon" (c. 1512). Digitally altered by T. Lieberman.

Posted by Tucker Lieberman at 12:39 AM