Stages in the Hero's Journey

Separation is the stage in which the hero departs the mundane world of his birth. This is characterized by his first awareness of his divinely ordained vocation or the "Call to Adventure"; his initial "Refusal of the Call"; the "Supernatural Aid" that arrives after he sets out on the journey; his passage through a guarded place during the "Crossing of the First Threshold"; and his descent into darkness in the "Belly of the Whale", to borrow a phrase from a Biblical scene.

Initiation is the stage in which the hero faces his tests and labors. He sets out on the dangerous "Road of Trials"; has a life-changing "Meeting with the Goddess" or a mother-sister-wife figure; comes to the Oedipal awareness of "Woman as the Temptress"; manages to arrive at "Atonement with the Father"; undergoes "Apotheosis," his own deification, enlightenment, or self-recognition as a hero; and receives "The Ultimate Boon," his reward or blessing.

Return is the stage in which the hero brings what he has gained back to the place he came from. He initially expresses "Refusal of the Return"; then there is a "Magic Flight" by which he escapes or is sent home; because it is hard to come home again, he may need to be saved by "Rescue from Without"; he goes through the "Crossing of the Return Threshold"; he becomes "Master of the Two Worlds", referring to the human world of his birth and the divine world of his ordeals; and finally he acquires the "Freedom to Live." 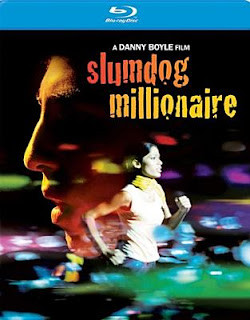 The film on Blu-Ray.

The immediate challenge in using these stages to analyze "Slumdog Millionaire" is that the film has an unusual chronology. Joseph Campbell intended the stages of the Hero's Journey to describe stories with more or less linear chronologies, but "Slumdog Millionaire" is told in flashbacks inside of flashbacks. The story opens after Jamal Malik has already been arrested on suspicion of fraud, having only one more question to answer on a game show to win 20 million rupees. The police interrogation causes him to recount his thought process throughout the previous game show questions, and those flashbacks, in turn, prompt him to recall vivid memories of his childhood during which he learned the answers to the "trivia" he knows today. There are likely multiple ways of applying the stages of the Hero's Journey to Jamal's adventure; the following is one suggested analysis.

Jamal's appearance on the game show can be seen as his stage of "Separation." This is the occasion on which he separates himself from his upbringing in poverty and anonymity and distinguishes himself as someone destined for greatness. His "Call to Adventure" is his flash of insight to wrangle an appearance on the show, hoping only that his beloved Latika may be watching. "This first stage of the mythological journey – which we have designated the 'call to adventure' – signifies," Campbell writes, "that destiny has summoned the hero and transferred his spiritual center of gravity from within the pale of his society to a zone unknown." His "Refusal of the Call" is his conviction that he does not especially desire money, fame, or greatness. His forms of "Supernatural Aid" are the correct answers he receives from the audience and the computer after requesting his first two so-called "lifelines" on the game show. His "Crossing of the First Threshold" occurs when the game show host, the guardian of the prize, makes a desperate, failed attempt to undermine Jamal by feeding him a wrong answer. His descent into the "Belly of the Whale" occurs when he is arrested and tortured prior to answering the last question. In one sense, Jamal is only one question away from the end of his journey. In another sense, his journey has just begun, at least for the film's viewers, because the movie opens here at this chronological point.

Jamal's stage of "Initiation" is his entire childhood. His "Road of Trials" begins while he is still a young boy, witnessing the violent death of his mother in a riot between two religious groups. Campbell says this stage of the journey is about "the dangerous aspect of the gods"; indeed, Jamal later acknowledges that "If there were no Rama and Allah, I would still have a mother." Immediately after his mother's death, Jamal has his first "Meeting with the Goddess" through his encounter of a similarly orphaned little girl, the ever-desired Latika. 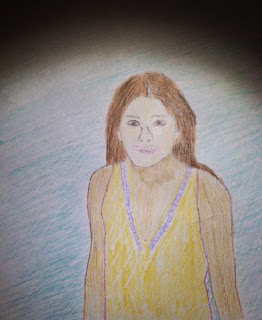 Joseph Campbell says of the goddess: "She is the paragon of all paragons of beauty, the reply to all desire, the bliss-bestowing goal of every hero's earthly and unearthly quest. She is mother, sister, mistress, bride." Jamal loses track of Latika and years later, as a young adult, rescues her from a brothel, only to witness his brother subsequently rape her. This is his awareness of "Woman as the Temptress". Campbell describes this stage as Oedipal conflict, which is certainly what the orphaned Jamal experiences when his older brother (his father figure) rapes the girl they have grown up with as a sister (his mother substitute) and whom Jamal presumably desires for himself as a wife. "Atonement with the Father" occurs when Jamal tracks down his brother to seek a degree of reconnection and reconciliation, although he is mainly hoping to find Latika again. "For if it is impossible to trust the terrifying father-face," Campbell writes, "then one's faith must be centered elsewhere [on the goddess]...and with that reliance for support, one endures the crisis – only to find, in the end, that the father and mother reflect each other, and are in essence the same."

Indeed, in this film, the brother and the desired woman are "in essence the same" to the extent that the brother is secretly keeping the woman prisoner. To find one will be to find the other. "The problem of the hero going to meet the father," Campbell adds, "is to open his soul beyond terror to such a degree that he will be ripe to understand how the sickening and insane tragedies of this vast and ruthless cosmos are completely validated in the majesty of Being." In other words, it is only through the hero's vulnerability to his father's tyranny that he can begin to see through life's suffering and into the heart of the divine source. Jamal's moment of "Apotheosis," his recognition of his own heroic nature, arguably occurs when he brazenly enters the house where Latika is imprisoned by abusive men. It is here that he discovers she enjoys watching a certain game show, and he subsequently resolves to appear on the show so that she might catch a glimpse of him on the television. His "Ultimate Boon" is, of course, when he answers the final game show question correctly and becomes an extremely wealthy man. Jamal does not know the answer to the question; he picks randomly from four options, speaking confidently as if he knows. "Where the usual hero would face a test," Campbell writes, "the elect encounters no delaying obstacle and makes no mistake."

The film ends before we can witness Jamal's stage of Return and Reintegration to his everyday life. In fact, the slum where he grew up has been razed for new construction, and the people have scattered. But Jamal returns, in a sense, by his appearance on the television screens of poor people throughout the city who cheer for him as one of their own. He gives them a moment of happiness and a hope, however remote, for their own redemption from poverty. Jamal's "Refusal of the Return" occurs before he has realized his status as a hero. His "Magic Flight" is his entire narrative flashback through which he tells his life story to the police – a way of communicating the knowledge earned from his trials to the people back at home.

He needs a "Rescue from Without," arguably the assassination of his brother by gang members, which removes him as a threat. His "Crossing of the Return Threshold" is the moment when he unexpectedly hears Latika's disembodied voice over a cellular phone connection within the unearthly setting of the game show. It is, as Campbell says, a moment when it is made clear that "the two kingdoms [the divine and the human] are actually one. The realm of the gods is a forgotten dimension of the world we know." Jamal answers the final question and becomes the "Master of the Two Worlds": at once, a slumdog millionaire, a survivor of great suffering and a passionate lover. He has resolved his own spiritual emptiness and obtained the "Freedom to Live."

Campbell describes this condition as the ability to contextualize one's own life so that one accepts the fact that "every creature lives on the death of another" without becoming mired in guilt or in denial of guilt. Jamal and Latika have the chance to live because of the death of Jamal's brother and because of the prize money. The matter is not under their control. No hero's journey ever is. "It is," in the final words of the film, "written."

Image: Latika is portrayed in the film by actor Freida Pinto. Drawing by Tucker Lieberman, based on a movie still.

This article was originally posted to Helium Network in late 2008 soon after the movie was released. It was cited on someone's personal "School blog" in January 2010 and included in the course packet for El Paso Community College's Fall 2010 core course "Research Writing and Literary Analysis" (English 1302). Kal Bashir is mapping the Hero's Journey onto many films, including Slumdog Millionaire, in a video uploaded to YouTube in November 2010.

Posted by Tucker Lieberman at 2:19 PM