Originally published in 2002 as The Attack Queers, Homocons: The Rise of the Gay Right (2003) pinpoints how the American liberal press employs conservative gay pundits to attack queer culture. While some of the specific legislative struggles are dated, the examination of political values remains relevant even a decade later.

What is the "gay right," and what are "homocons" or "attack queers"?

The phrase "Gay Right" in the book's subtitle refers not to legal rights but rather to the political right-wing. The word "homocon," it goes without saying in the book, is a play on the popular term "neo-con" meaning a new kind of American political conservative. Homocons identify as individuals who happen to be homosexual and want other gay people to do the same. They do not like the idea of a queer tribe, a network of social and political communities. Homocons separate from gay culture and their words seek to undermine the politics and values that are commonly found in this culture. They identify with their oppressors; their words may be tainted with racism and sexism.

The book focuses on the nasties author Richard Goldstein calls "attack queers" who are employed in the liberal press to "police the sexual order." These people argue for a tepid version of gay rights: gay individuals should have "a place at the table" at the price of their assimilation. This idea can carry the insinuation that only an elite "talented tenth" of avowed homosexuals (a select group that always implicitly includes the speaker) should be accepted in polite society while the rest of the queer community should be excluded if they cannot perform or conform. The attack queers get away with blanket criticisms of gay culture and less privileged gay or transgender individuals by virtue of their own homosexuality. The liberal press seems to love the spectacle and sometimes even agrees with the conservative message.

Goldstein homes in on "attack queer" personalities Andrew Sullivan and Camille Paglia in detail. He also briefly calls out Norah Vincent for dissing transsexuals and Michelangelo Signorile for outing other gay men.

Attack queers may argue that other gay people are too dirty - or not dirty enough, depending on the puritan value du jour. According to Goldstein's analysis, Sullivan inveighed against "libidinal pathology" and "meaningless promiscuity" until he was caught in a sex scandal and reversed his position, saying that gay men ought to acknowledge their innate promiscuity; he also denied that gay people were subject to any significant job discrimination. Paglia, meanwhile, complained that "so much lesbian sex is mommy-huggy-kissy" and said that rape victims should stop whining about their psychological suffering.

Homocons in general tend to promote libertarian ideas. For homocons, Goldstein explains, "gay rights have nothing to do with social justice and everything to do with getting the government off your back." Thus they're interested in promoting same-sex marriage and ending discrimination in the military even if their personal goals do not include marriage or military service. Leftists, on the other hand, do not always support campaigns for marriage and military service because these institutions are sometimes seen as reinforcing social status rather than promoting social justice. The author, for the record, supports increased rights so people can choose how they wish to live, even if they do not wish to avail themselves of certain options. He recognizes that actual gay people tread in ambiguous territory of "feel[ing] normal and different." Goldstein made an analogy between gay identity and Jewish identity, where the forces of assimilation, at least in the United States, have historically aimed for middle ground: don't be flamingly Other but don't ape the dominant culture to such an extent that you are obviously false. 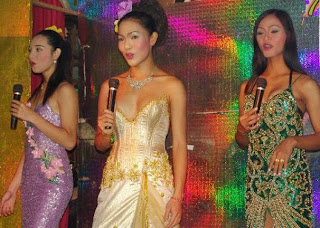 Goldstein believes that American gay culture has been based on community, but that this community is constructed (as opposed to being an essential part of being gay) and could disappear if it is not nurtured. Part of gay culture is a historical association with progressive politics which developed because of

"the marriage (if you will) between bohemanism and socialism more than a century ago. This heady union begat a sensibility...The ability to make connections between sexual repression and social oppression is a signature of the democratic left..."

While many gay individuals might otherwise be drawn to conservatism, they tend to feel tradition-bound to the left. This is not a bad thing, in Goldstein's opinion, particularly as it continues to be the case that American liberal politics "welcomes our company and supports our fight for civil rights" while conservative politics "is willing to grant us the basic entitlements of citizenship, at most."

How the defanging of anti-sodomy laws changed the book's message

Goldstein has worked as a journalist covering "sex, culture, and politics" since the 1960s. His short insta-book Attack Queers/Homocons became partially obsolete shortly after its publication when the Supreme Court overturned "sodomy laws" (the criminalization of gay sex) in Lawrence v. Texas. This probably explains why the book was promptly reissued under a new title with an "Afterword" acknowledging the sea change. There Goldstein credited a half-century of queer activism that enabled the Supreme Court to simply acknowledge "a changing social reality."

Sodomy laws, in place in 13 U.S. states when the book was written, had caused some gay people to fear the loss of their children or their profession if they were ever to be charged with the crime of having sex. Goldstein had written that American conservatives approved of sodomy laws mainly because they preserved the social stratification between straight people and gay people. (President George W. Bush, while campaigning to be governor of Texas, tellingly referred to sodomy laws as "a symbolic gesture of traditional values.") Goldstein worried that the end of sodomy laws could encourage stratification among gay people since "it does away with the laws that placed all sodomites in the same damnable boat," while the possible introduction of same-sex marriage could facilitate a new hierarchy among gay people by enabling them to differentiate between the married and the unmarried.

Lawrence v. Texas was decided in June 2003. Had Goldstein waited just five more months to hear the outcome of Goodridge v. Dept. of Public Health — the case in which the Massachusetts Supreme Judicial Court decided in favor of same-sex marriage — one wonders how the Afterword might have changed. During the next decade, more states legalized same-sex marriage, until, in 2015, the right was extended to all 50 U.S. states through the Supreme Court decision Obergefell v. Hodges. Through it all, the constitutional repeal of all sodomy laws remained in place; the military began to officially allow openly gay servicemembers; 21 states and the District of Columbia forbid employment discrimination based on sexual orientation, and in most of these, protection also extends to gender identity and expression; and Florida ended its ban on the adoption of children by gay parents.

Today, Homocons reminds the reader — although the author could not have intended it — of how much the United States has achieved in one decade to defend people's rights regardless of their sexuality. Yet, in accordance with the author's intentions, it is also still relevant in its exhortations to avoid selective silence due to complacency and privilege.

Posted by Tucker Lieberman at 8:29 PM