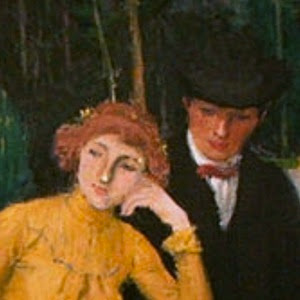 In May 2013, American cinemas headlined a new film adaptation of F. Scott Fitzgerald’s novel "The Great Gatsby". It is a deeply American tale about the hope in love against all odds. It is not a story about peace talks. But, then, myths tend to enlarge their scope. The world runs on politics as well as on love stories, and some common threads run through them.

The story is about a man called Gatsby who, in his youth, fell in love with Daisy. “He knew that when he kissed this girl, and forever wed his unutterable visions to her perishable breath,” Fitzgerald wrote, “his mind would never romp again like the mind of God. So he waited, listening for a moment longer to the tuning-fork that had been struck upon a star. Then he kissed her. At his lips' touch she blossomed for him like a flower and the incarnation was complete.” Unfortunately, because of Daisy’s social class and her expectations, she was unattainable. Gatsby left her and sought his fortune. Eventually, he became fabulously wealthy, but by then, Daisy had already married someone else and settled in a mansion in a place called East Egg.

To attempt to reunite with her, undissuaded, Gatsby deliberately purchased his own mansion in West Egg. Their houses were separated by a bay. Gatsby would often gaze across the water at the green light that marked Daisy’s home. What would it be like to return to that moment in time when he had kissed Daisy? Could things have been different? To attract Daisy’s attention – for she did not yet know that her old flame was so near – Gatsby threw parties for the entire town, but Daisy never came. Finally, he enlisted his neighbor, Nick, to host a private meeting between the two of them.

It is a breath-catching moment in the film when Gatsby and Daisy are brought together in Nick’s house while a rainstorm surges outside. They are surrounded by an impossibly rich profusion of cut flowers. But then what? What will they do? Where can they go, with a third party watching, and the whole world waiting outside the door, with the rest of their lives hanging in the balance? Where do they want to go? Can they stretch out time and stay in the moment forever? They cannot. They have limited time to make their decision together.

The audience knows that Gatsby and Daisy must declare their true interests. They must begin to hammer out a solution to their predicament. They must decide whether past wounds can be healed, missed opportunities can be regained, past wrongs can be righted, and disappointing roads can be rerouted. In these respects, they are beginning a sort of peace talk. They will have to aim to reach a swift decision.

Later in the summer of 2013, a rather different kind of story began to play out in real life. On July 29, U.S. Secretary of State John Kerry hosted a dinner for Israeli and Palestinian negotiating teams at the State Department building in Washington. It signaled the beginning of a new round of peace talks, a process that had been sidelined for three years. After the scintillating moment of the initial banquet is over – whether the participants find it uplifting or nerve-wracking – the emphasis can no longer be about the arrival in Washington. The emphasis must quickly shift to the inhabitants of east and west looking at each other and deciding whether their gulf can be bridged.

In one sense, this, too, is an American story. Of course, it is also a Middle Eastern story: the Israelis and Palestinians are the ones who already live with each other and will have to live with any new policies they agree upon. Yet, if the story were narrated by the mediator, John Kerry, it would be told from an American point of view, at once spectator and stakeholder. The future is inherently mysterious for everyone, but the mystery might look different for the direct participants and for the mediator. Different parties see different possibilities at different times. Prospects for Israeli-Palestinian peace have long been a concern of American politicians. There is an American story within this saga.

“He did not know that it was already behind him,” Fitzgerald wrote. “Gatsby believed in the green light, the orgiastic future that year by year recedes before us. It eluded us then, but that’s no matter – tomorrow we will run faster, stretch out our arms farther...And one fine morning –“

So, love did not work out for Gatsby; he waited too long, and his life burned out too quickly. But a political solution might still be found in the Middle East. Past, present and future will all be discussed in the context of this new round of negotiations. People care in part because of their long memories, their "boats against the current, borne back ceaselessly into the past." Millennia are behind us, yet there is still tomorrow. There is still tomorrow especially because there are peace talks today. There is East Egg, and there is West Egg; there is everything between and beyond; and there are worldviews that are willing to accept that today’s social divisions may change. What is decided today will sail the boats into the future.

Posted by Tucker Lieberman at 7:26 PM