The Bible may be worth studying, but it doesn't contribute to science

Why can't the Bible be used as part of scientific literature?

The Bible is full of poetry and philosophy, story and song. It is not full of science. This can be demonstrated by examining the Bible as a work of literature, where its literary strengths are also its scientific shortcomings.

Natural phenomena in the Bible are usually assigned metaphoric meanings. The sun represents God's radiance, and plant and animal agriculture implies health, happiness, and prosperity. Lightning, earthquakes, floods, plague and disease were generally construed as punishments from God – for example, Miriam was said to have been stricken with skin problems in return for her racist taunts (Numbers 12:9-11)

Locations were not mapped, and when ancient villages and natural formations cannot be precisely identified, it is difficult to prove that they ever existed at all. They may have been inventions or embellishments, and the writers may have considered their roles in the story to be more important than their material reality.

Nor does Biblical writing always quantify precisely and in a literal manner. The recurring number 40 – as in the number of days it rained in the Great Flood, and the number of years that the Hebrew people were lost in the desert after leaving Egypt – appears to simply mean "a lot."

Famously, a numerical description of a "circular" cauldron in the Temple of Solomon must either be a rough estimate or else the cauldron was not a perfect circle. 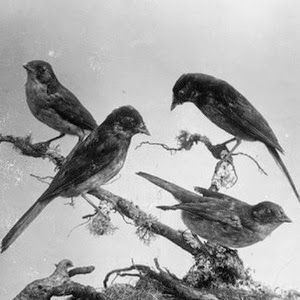 Noah could not have single-handedly collected a male-female breeding pair of all species on the planet (there are as many as 7.7 million animal species, most of them as yet undiscovered, according to a recent scientific estimate), and the boat that he built could not have reasonably been large enough to hold them all (even excluding the ones that could swim, as Biblical literalists insist upon, as if that makes the proposition more reasonable).

One New Testament scripture says that Judas hanged himself (Matthew 27:5), and another says that he suffered spontaneous disembowelment (Acts 1:18). These contradictions arise in part because the scriptures are narrated by different people, and there is no obvious scientific method by which to judge which narrator is most reliable. It is just a question of "he said, she said."

The best way to understand these references is as rough approximation or metaphor. Natural objects and events were considered important, but exactly recording their quantity, weight, dimensions, temperature, or other scientifically measurable properties was not considered important, at least not within the context of the story. Natural objects and events were considered important primarily because of their meaning in human life. Could the original authors, oral historians, and redactors hear this discussion today, they would likely be bewildered by the modern-day assumption that their artistic, spiritual storytelling was a mere literal recording of their observations about the desert. They might even be offended by that assumption, since the scientific method was probably not something that they understood, believed in, or used. They likely believed in magic and miracles, and they may have considered empirical knowledge less valuable than religious mastery.

Scientific literature documents the process of answering questions through observation, experimentation, and logic. The Bible does not even attempt to do this. It is a collection of stories focusing on human relationships and philosophies, and it makes relatively few references to the natural world Therefore, while the Bible provides valuable insight into life thousands of years ago – as well as addressing philosophical and religious questions about the meaning of life that are still relevant today – it is not scientific literature.

This article was originally published to Helium Network on July 27, 2006.

Posted by Tucker Lieberman at 9:11 AM