Ayn Rand and Nathaniel Branden's philosophy in 'The Virtue of Selfishness'

Published in 1964, "The Virtue of Selfishness" outlines the belief that selfishness, not altruism, is the best guideline for behavior.

"The Virtue of Selfishness," written by the objectivist philosopher Ayn Rand (with some chapters written by her lover Nathaniel Branden) and published in 1964, outlines her belief that selfishness, as opposed to altruism, is the best guideline for behavior. Selfishness, as she uses the term, is not about merely about acting so that one's own self will benefit; selfishness additionally requires a principled explanation of why one is acting and specifically what one hopes to gain.

As Rand considered herself the primary author of the book, her contributions are summarized first, followed by Branden's. 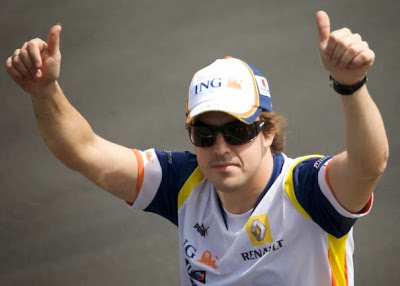 The only person you can count on is yourself; you must have a plan to achieve your goals. Rand rejects the idea that "to injure, enslave, rob or murder others is in man's self-interest" and instead claims that "man's self-interest can be served only by a non-sacrificial relationship with others." Trade is an indirect means of achieving one's own goals, and she believes that "the principle of trade is justice." Therefore, self-interest forbids treating people unjustly.

Also pertaining to justice is her admonition that one should not step out of one's way to assist others who are not already doing everything they can to survive and thrive. People should earn their way in the world, and anyone who is undeserving should neither be given nor accept any charity. Under normal conditions, people should not try to lift others out of "poverty, ignorance, neurosis or whatever other troubles they might have."

Why altruism can lead to injustice

Altruism, by definition, requires that the beneficiary of an action be someone other than oneself. It does not inherently assume what values one has; it only requires that a different person must benefit from the exercise of those values. One problem is that a person's values might be terrible, and therefore other people might not really benefit from them at all. (Consider, for example, a genocidal dictator who claims to act altruistically on behalf of the people.) Another problem is that altruists are never assured of being compensated for their efforts and must depend on someone else's reciprocal good will. Altruism thus promotes "mutual resentment," and perhaps worse, "the doctrine that concern with one's own interests is evil means that man's desire to live is evil - that man's life, as such, is evil. No doctrine could be more evil than that. Yet that is the meaning of altruism..."

Altruism assumes a "malevolent universe" metaphysics; it assumes that humanity's goal is to combat disaster. Rand prefers the idea of selfishness, in which a person has the goal of personally surviving and thriving and must still be rational and just.

Rand defines "value" as "that which one acts to gain and/or keep." If something is valuable, it is valuable to a specific person for a specific purpose. Value boils down to "the preservation of life," and similarly ethics is "an objective, metaphysical necessity of man's survival." Thus: "The fact that a living entity is, determines what it ought to do. So much for the issue of the relation between 'is' and 'ought'."

Pursuing a whim is undesirable whether one is acting altruistically (to fulfill someone else's whim) or selfishly (to fulfill one's own whim). The question of what things are good (for what people, for what purpose) has correct answers that can be discovered. The answers will also help in the identification of good role models. Desires, feelings, emotions, wishes and whims are not valid standards of value, nor are they criteria of interests. A rational man sees each moment in the context of the rest of his life, and thus he rationally forms his values and interests.

The role of love

Love itself is a selfish value. It expresses and asserts self-esteem, because it is about the pursuit of selfish joy derived from the other person's existence and the reflection of one's own values in that person. "To love is to value," Rand writes; "the man who does not value himself cannot value anything or anyone." A "selfless," "disinterested" love is a contradiction in terms; it means that one is indifferent to that which one values. People help their loved ones, not as a kind of "self-sacrifice," but because they have a personal interest in seeing their loved ones succeed.

It is better to save one person you care about than to sacrifice yourself to save ten people you don't care about. It is good to help strangers in emergency situations as a form of species solidarity, appreciating them as human beings who are capable of practicing the same values you practice, but you should not risk your life for them, subordinate your goals to theirs, act beyond your means or feel obligated to ambulance-chase more crisis situations where you can be of assistance. Emergencies are exceptions, not general rules for behavior: "The fact is that men do not live in lifeboats - and that a lifeboat is not the place on which to base one's metaphysics."

There can be compromise on the price of a good in the marketplace, but it is absurd to compromise on principles such as those of life and death or of freedom and slavery. To compromise a principle is to surrender or betray it.

A person must vocally defend their moral stance in black-and-white terms and be willing to praise and condemn the stances of others. Not to do so is moral cowardice. Silence is a "moral blank check one gives to others in exchange for a moral blank check one expects for oneself." It is better to judge erroneously than to refuse to judge at all or to use a poor standard for judgment (such as altruism or compromise).

Some people make moral pronouncements with the implication that those who disagree with them are immoral or corrupt. This is nothing more than a kind of intimidation, and hence it is a fallacy, a "symptom of cultural bankruptcy" that can only be resisted by "moral certainty." Unfortunately, some people buckle under intimation, especially when they think that avoiding social disapproval is worth denying their own beliefs. It is important to remember that even true beliefs must be supported by rational argument.

Capitalism is the only system that enables progress. Even the poor are relatively well-off in capitalist countries compared to non-capitalist countries. Property rights - including the right to own what one produces - are essential to human rights. Socialism, as the denial of individual property rights and the government control of production and distribution, offends human rights and freedom. Socialized medical care is analogous to robbery, insofar as doctors are forced to provide it. "Those who advocate laissez-faire capitalism," she says, "are the only advocates of man's rights." She believes that taxation would be voluntary in a fully free society. No one - neither individual nor state - has the right to enslave anyone.

As an extreme individualist, Rand shuns theories that presume to collectively evaluate people. Racism, as a type of collectivism, is irrational and brutish; it is "a quest for automatic self-esteem" rooted in "the racist's sense of his own inferiority." The cure for racism is capitalism, which is "the only system that functions in a way which rewards rationality and penalizes all forms of irrationality, including racism."

Nathaniel Branden's contributions to the book

Branden wrote the chapters "Mental Health versus Mysticism and Self-Sacrifice," "Isn't Everyone Selfish?", "The Psychology of Pleasure," "The Divine Right of Stagnation" and "Counterfeit Individualism."

Branden sees "faith" as something that distorts perception of reality and reason, and therefore undercuts "self-esteem," a value that "entails the need for a sense of control over reality." Emotions, too, are out: "Just as feelings are not a tool of cognition, so they are not a criterion in ethics." He thinks reason is primary and that emotions somehow flow as a result of correct or incorrect reasoning: "Emotions and desires...are the product of the premises one has accepted." By "changing his values," a man can reprogram his "emotional mechanism."

He says that traditional moralists explain that altruism isn't suicidal only because most people don't follow it to the extreme; in other words, they don't thoroughly sacrifice their own lives or well-being to help others, so they don't actually commit suicide over the altruistic principle. Nonetheless, the rhetoric of altruism, Branden says, makes people feel guilty for their desire to survive and thrive.

To the objection that selfishness is tautological because all actions are self-motivated ("Everyone does what he really wants to do - otherwise, he wouldn't do it"), Branden corrects the record by saying that ethics hangs on the question "by what is man to be motivated?" There is a meaningful difference between selfish and non-selfish people. "The issue of an action's selfishness or unselfishness depends," Branden writes, "not on whether or not one wants to perform it, but on why one wants to perform it." It's a question of goals. Egoism is the doctrine that man is an end in himself; altruism is the doctrine that man is a means to the ends of others.

There are five areas of enjoyment: productive work, human relationships, recreation, art and sex. Productive work is the most important, as this is connected with the ability to active deal with reality and transform one's environment. It is integral to self-esteem. "Self-esteem," he writes, "is not a value that, once achieved, is maintained automatically thereafter; like every other human value, including life itself, it can be maintained only by action. Self-esteem, the basic conviction that one is competent to live, can be maintained only so long as one is engaged in a process of growth..."

As Rand also says, Branden reiterates that risking death for one's own freedom or to save someone you love is not self-sacrifice, but rather is selfishly motivated; capitalism is the best method because it demands action and penalizes passivity, just as natural reality does; and simple rebellion, psychosis or nonconformism isn't the same as individualism, which requires being able to see the reason why one's own beliefs are true and why others' are false.

Ayn Rand and Nathaniel Branden's philosophy of "objectivism," as expressed in the book "The Virtue of Selfishness," was popular in its day and still appeals to many people today. The book takes a simplistic approach to deflecting counterarguments and does not reveal deep knowledge of related philosophical matter. One might legitimately question some of their central assumptions, such as whether capitalism is indeed the best political model to avoid racism and whether reason controls both morality and emotion. For the curious, however, this book is a straightforward introduction to objectivist belief.

Posted by Tucker Lieberman at 7:49 PM