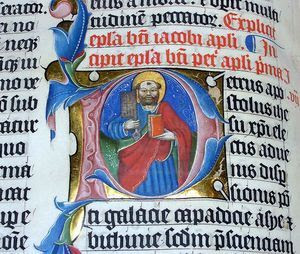 For example, Donald Trump, who was raised Presbyterian, was heavily influenced by the so-called "prosperity gospel" and, when he was sworn in as U.S. President, didn't currently belong to any church, according to Ken Briggs, writing for the National Catholic Reporter in January 2017. Omarosa Manigault Newman's book Unhinged claims that Trump wanted to be sworn in as president on a copy of his own book, The Art of the Deal.

Alternative choices based on values

When Eric Lander was sworn in as director of the White House Office of Science and Technology Policy in June 2021, Vice President Kamala Harris’ office asked him what book he wanted to use in the ceremony. Lander is Jewish, but he says his religion is “complicated to describe" beyond that. He understood the question of what book to swear in on as a question of "what’s in my mind and what’s in my heart," and he discussed it with his family, who realized "the question was values." He recalled a phrase from Jewish thought in Pirkei Avot within the Mishnah: “It’s not required that you complete the work, but neither may you refrain from it.” He located an edition that had been printed in 1492 and chose that book for the ceremony.

If you'd like to learn more about my work, I've published books. Also, I write for Medium. There, readers with a paid membership don't have to worry about the paywall.

Tucker Lieberman
Tucker Lieberman is the author of Ten Past Noon: Focus and Fate at Forty — Painting Dragons: What Storytellers Need to Know About Writing Eunuch Villains — Bad Fire: A Memoir of Disruption — Enkidu is Dead and Not Dead / Enkidu está muerto y no lo está.