The challenge of protecting ancient scrolls that are in high demand

Popularly known as "the Dead Sea Scrolls", they are a set of 900 manuscripts about two thousand years old. Most of the texts are in Hebrew; some are in Aramaic; a few are in Greek. Many of them are Biblical texts from the Second Temple era. Others are sectarian texts like the Book of War, the Community Rule, and the Nahum Commentary. The texts predate the New Testament of the Bible.

As physical objects, they are extremely fragile. The first discovery of the scrolls occurred in 1947 when Bedouin shepherds following a stray goat in the Judaean Desert came across earthenware jars in a cave. Soon, the scrolls came into the possession of scholars. The scholars investigated additional caves in the area and found many more manuscripts. Most were in an extremely fragmented condition, so there were thousands of pieces to connect.

It was the "ultimate jigsaw puzzle," as Pnina Shor, head curator of the Israel Antiquities Authority’s Dead Sea Scrolls Project, put it at a lecture given at Hebrew College in Newton, Mass. in May 2013.

From the beginning, scholars used what they thought were the best preservative methods available. Unfortunately, some of the scroll fragments disintegrated because they were stuck to plates with various tapes and glues. These misguided attempts continued for decades. Today, conservators are forced to make painstaking efforts to remove the adhesive residue. Efforts related to preservation are determined by an international committee devoted to the Dead Sea Scrolls. 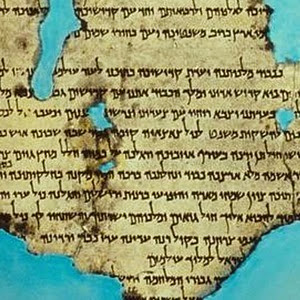 Due to their age, some fragments are illegible to the naked eye. In the 1950s, when infrared technology was new, infrared photographs were taken to clarify the contrast of the aged ink on the parchment and papyrus scrolls. In the 1990s, spectral imaging was used for similar purposes. The most recent photography has been done with a 39-megapixel camera that creates images from 28 exposures on the visible and near-infrared spectrum. These photographs are posted online at The Leon Levy Dead Sea Scrolls Digital Library. Digitizing the scrolls enables inquisitive people worldwide to examine the content without damaging the physical scrolls themselves.

Today, the scrolls are kept in a climate-controlled storeroom. Even when they travel for museum exhibitions, they must be stored in this kind of environment, protecting them against heat and humidity. Additionally, they must be showcased in a darkened room, since prolonged exposure to light causes them to deteriorate.

The Dead Sea Scrolls are an important piece of the religious history of Jews and Christians. The content doesn’t turn any received religious doctrines upside down and there were no conspiracies to cover up their revelations, as Prof. Gary A. Rendsburg assures in a lecture for The Teaching Company's "Great Courses" series, but the scrolls are nevertheless fascinating from a sober historical perspective. That is why so much attention is given to their physical preservation.
Posted by Tucker Lieberman at 10:03 PM